A century of Hollywood 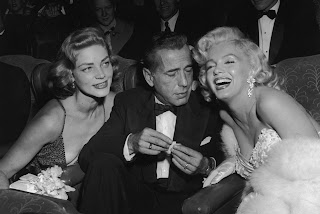 “Hollywood Through the Lens—Celebrating 100 Years of Hollywood” opened earlier this month at the Getty Images Gallery in London. The exhibition, sponsored by Canon, celebrates Hollywood’s 100th anniversary by showcasing images of Hollywood stars from the silver screen days in the 1920s to the present.

The early days of Hollywood showcase the passion and creativity of the photographers of the age, using available technology and processes to capture a split-second magical image which tell a rich story of the subject, the era and even the cinematic style of the day. Every image featured in the exhibit allows us to appreciate the skills of the photographers behind the lens, and share their vision of Hollywood captured at that moment.

Posted by Jennifer Mayer at 1:24 PM