GMOA Exhibitions on the Move

GMOA has three traveling exhibitions opening this weekend and Monday, so please, if you're in the following areas of the state or country, stop by and check them out.

The Pensacola Museum of Art, in Fla., is opening Passport to Paris: 19th-Century French Prints today and will run it through Sept. 12. The 46 prints in this exhibition, drawn from the collection of the Georgia Museum of Art, offer visitors a voyage through the printmaking phenomenon that took place in 19th-century France. Europe in the 19th century experienced a new appreciation for printmaking, one in which its artistic merit became widely regarded as equal to painting and other art forms, and France became the center of this printmaking revival. During this period, there was a great deal of activity by artists interested in etching, lithography, and woodcut. Spurred by the democratic impulses that continued after the French Revolution, artists began to depict a much greater variety of subjects, finding material to ignite their imaginations in the diverse nature of city streets, countryside, and foreign lands. Printmaking in 19th-century France is often characterized by the portrayal of modern life. This exhibition presents examples of that theme, as well as many of the techniques and styles representative of that era. Included in the 46 prints on display are works by such venerated artists as Eugene Delacroix, Mary Cassatt, Honore Daumier, Paul Cezanne, and Henri Toulouse-Lautrec. In addition, it may well be your last chance to see this popular touring exhibition before it is retired, as GMOA will be revamping all its regularly available traveling exhibitions. 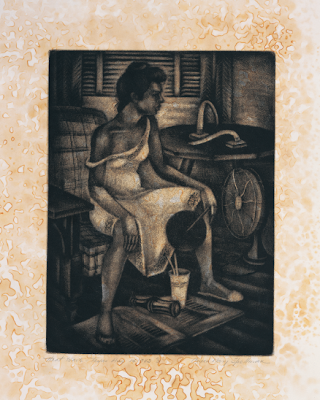 As we've mentioned numerous times, the Columbus Museum, in Columbus, Ga., is opening The American Scene on Paper: Prints and Drawings from the Schoen Collection to the public on Sunday, July 19, and keeping it up through Sept. 27. To read a press release about the exhibition, click here or go here to find images for use by the press. 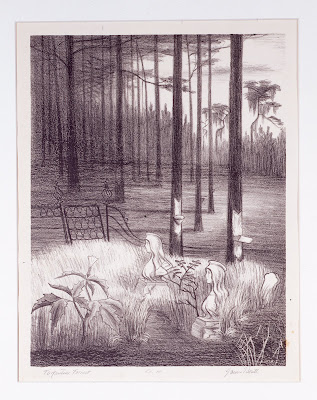 Finally, The South in Black and White: The Works of James E. Routh Jr., 1939-1946 will open Monday, July 20, at the Robert C. Williams Paper Museum at Georgia Tech in Atlanta and run through Oct. 2, with a reception for the artist on Sept. 17. James Routh was born in New Orleans in 1918 but grew up in Atlanta. Routh graduated from Oglethorpe College, now Oglethorpe University, and then studied at the Art Students League in New York. Routh then applied for a Rosenwald fellowship to fund his proposed travel through the South. He planned to gather information for a series of prints, stating that he wanted to "paint a number of pictures concerned simply with scenes of everyday life in the South." This exhibition contains the images that resulted from Routh's travel in 1940 and 1941 as a result of the fellowship. Routh sketched as he traveled through Georgia, Alabama, Mississippi, Tennessee, Arkansas and Louisiana during the hard years of the Depression, then later created prints and paintings from those drawings. In 1940, the rural Georgia that Routh observed was dominated by the cotton industry. Even as early as the mid-19th century, Georgia's soil revealed signs of the damage cotton cultivation and its associated agricultural practices had created, and Routh's images document this damage as well as the impoverished state of the South during the Depression. Routh's prints also capture agricultural scenes that have been lost in the urbanization of Atlanta and its suburbs. Many of the landscapes in his rural images are now buried in the heart of the city. After fighting in World War II with the U.S. Army and following a career in advertising, Routh retired in 1983 to Waynesville, N.C., where he lives today. An exhibition catalogue just went to the printer and should be available next month for $20.

Please let us know if you visit any of these exhibitions. We'd love to hear about your experiences.
Posted by Georgia Museum of Art at 12:34 PM