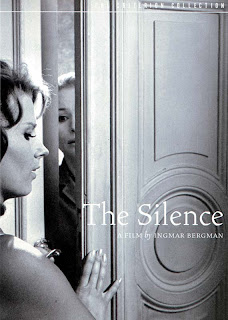 On Wednesday, GMOA’s summer film series presents the third in its series of Ingmar Bergman’s films. This week’s film, “The Silence,” completes what Bergman referred to as his “trilogy.” Luckily, if you missed either of the previous films, the films that make up Bergman’s “trilogy” are not a trilogy in the typical Hollywood sense. Rather, they are three films loosely related through their shared focus on spirituality and psychology.

Last Wednesday, Dr. Simon enticed the crowd to return again this week by informing us that “The Silence” was banned in many countries after its release in 1963. Considered too explicit at the time, “The Silence” has come to be regarded as one of Bergman’s masterpieces. The setting for this film is indefinite; it is in an unnamed, war-torn state. The film follows two sisters and a child as they travel across this strange and unknown country. Whereas the previous two films of the “trilogy” featured protagonists directly wrestling with questions of faith, the world of “The Silence” (initially entitled “God’s Silence”) seems utterly devoid of religious notions. As Dr. Simon noted in her introduction to “Winter Light,” Bergman’s “trilogy” charts the director’s movement away from religious themes and toward a more psychological focus.

So come out on Wednesday, July 8, at 7:00 p.m. to room 151 of Lamar Dodd for another of Bergman’s amazing pieces of cinematic art. Here’s the trailer for this week’s film:

As a side note, the Art Newspaper reports that a Swedish foundation representing the late director (Bergman died in July 2007) is looking for a sponsor to purchase the Bergman estate and to maintain it as a space open to the public. Rather than turning the estate, the shooting location for “Through a Glass Darkly,” into a traditional museum, the foundation wants to turn the space into a place for Bergman conferences and cinema workshops. For a look at the property, check the Christie’s Great Estates website. 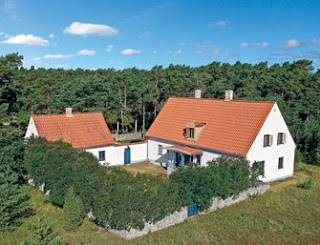 Posted by Georgia Museum of Art at 9:55 AM