The Georgia Museum of Art recently acquired four plates and a platter designed by Gio Ponti (1891–1979) a famous Milanese architect and designer. Ponti worked as the artistic director and designer for the Florentine firm Richard-Ginori, which manufactured ceramics, from 1923 to 1938: this served as the beginning of his long career designing other household and decorative items, such as furniture, glassware and silverware. He also designed apartment buildings, palazzos and public buildings of all types, including business towers and university buildings. He was the editor and founder of both Domus and Stile magazines, dedicated to Italian architecture and the decorative arts, and he served as professor of architecture at Politecnico di Milano University for 25 years. 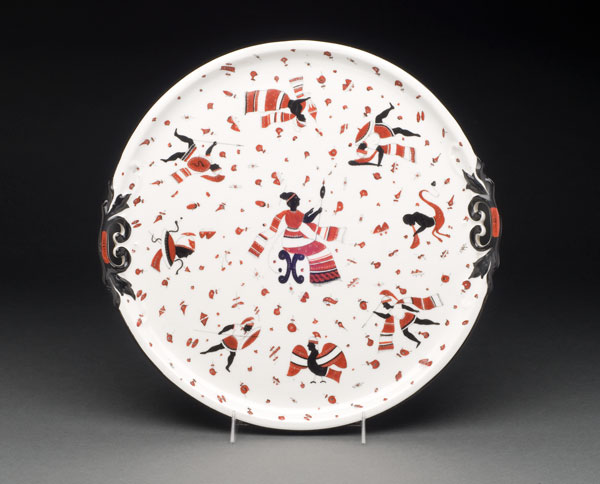 Typical of Italian decorative arts in the 1920s and 1930s, Ponti appears to have been inspired by ancient classical artwork, in this case Etruscan. Benito Mussolini’s Fascist regime encouraged a conscious return to Italy’s ancient roots, seeking to instill in all Italians a pride in their heritage and a belief that they were destined to rebuild the ancient Roman Empire. Although Ponti engaged with the Fascist regime and shared its appreciation for classical culture, he was essentially apolitical. 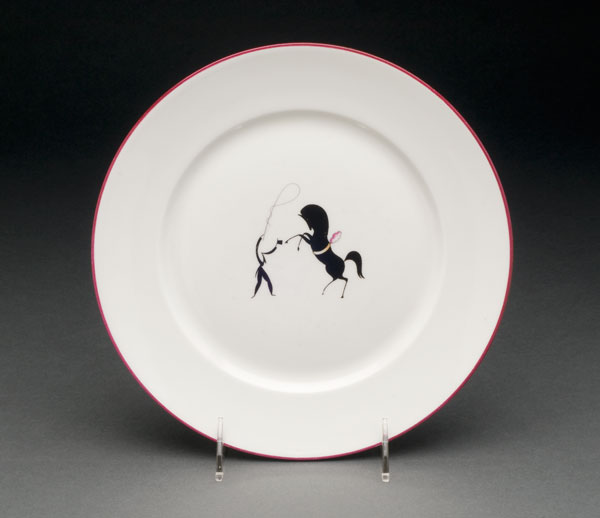 Ponti also appears to have been inspired by scenes from contemporary life, as the charming circus figures on these platters show. Later in his career, he became known for his sleek, modern designs, such as his Superleggera furniture and the Pirelli Tower. An artist and visionary of extraordinary versatility, Ponti’s life and work will be highlighted in an upcoming summer 2017 exhibition at the Georgia Museum of Art, which will focus on his furniture design.

For more information about Gio Ponti and his art: www.gioponti.com.

Posted by Unknown at 4:49 PM No comments:

The Georgia Museum of Art opened a new exhibition to the public last week, “Before the March King: 19th-Century American Bands.” The exhibition focuses on American bands in the era before the “March King,” John Philip Sousa, and is open until the beginning of the year (Jan. 3, 2016).

The exhibition features many portraits of famous band directors, woodwind and brass instruments, non-military local bands and artifacts such as broadsides advertising performances by local bands and national events. Famous band directors featured in this exhibition range from cornet player Alonzo Ford to the “Grandfather of the March King,” Patrick S. Gilmore, who was an inspiration to Sousa.

Instruments displayed in the exhibition include bugles, cornets, euphoniums and over-the-shoulder horns. The exhibition has a variety of photographic portraits that show the many types of bands that played in the early to late 19th century, such as military, newsboy and all-female bands. Artifacts include souvenirs from the National Peace Jubilee in 1869 and the World Peace Jubilee of 1872 (conducted by Gilmore) and sheet music covers.

All the objects in the exhibition come from the collection of UGA Performing Arts Center director George C. Foreman, who will give a gallery tour of it this Thursday (October 22). The public is invited to attend this free event, with champagne, coffee and cake at 5 p.m. and the tour at 6 p.m.
Posted by Unknown at 10:30 AM No comments:

"In Time We Shall Know Ourselves": The Photographs of Raymond Smith

On Oct. 24, Raymond Smith’s iconic photographs of his 1974 summer journey through the American South will go on display here at the Georgia Museum of Art. Smith is most certainly in the tradition of James Agee’s “Let Us Now Praise Famous Men,” with his honest portraits of southerners who look us at head-on, retaining their inherent dignity, yet his corpus is considerably more diverse than Agee’s. 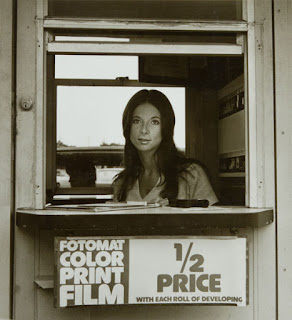 
While Agee focused on the families of three white Alabama tenant farmers during the Great Depression, Smith’s subjects include both African American and white people of all ages and professions, in locations ranging from Boston, Massachusetts, to Orlando, Florida. In a way, Smith’s photographs display the New South as it was immediately following the civil rights movement, a world where blacks and whites now co-existed in the same spaces on a more equal footing, but also a world in which more insidious forms of racial divisions and inequalities remained. 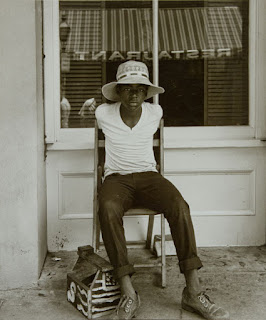 Smith chose the title of this exhibition from words he saw on a church marquee in Hattiesburg, Mississippi, that fateful summer. Smith points out that they are particularly relevant as it took 40 years from the year in which he took the photographs until their publication and exhibition. The people of his photographs and the social conditions of the American South seem clearer to him 40 years later, and he notes that the people themselves, if still alive, will have a better understanding of themselves that comes through years of experience and maturity. 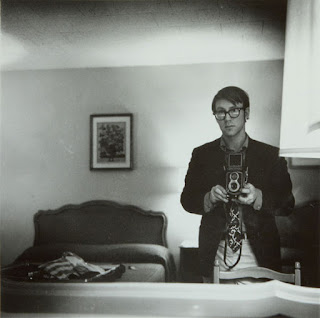 
“In Time We Shall Know Ourselves” will be on display through Jan. 3, 2016. Visitors are encouraged to drop by and reflect on the themes of knowing, memory and reflection present in Smith’s work. A book by the same title, including both the photographs and scholarly essays, is available for purchase in the Museum Shop. On Nov 19, Smith will give a presentation on his work from 5:30-6:30 pm here at the Museum.

Posted by Unknown at 4:39 PM No comments:

Labels: exhibitions, In Time We Shall Know Ourselves, New South, photography, Raymond Smith


The Georgia Museum of Art recently received as a proposed gift an overshot coverlet, woven out of wool and cotton and dyed with indigo and madder. Like all overshot coverlets, it has a simple geometric pattern. The red, white and blue yarns as well as the striped pattern suggest both the American and the Confederate flags. It was woven in three separate pieces on a four-harness loom, and then the pieces were sewn together. From the style and the genealogical information provided by the donors, direct descendants of the original weaver, we can confidently say that this coverlet dates from the middle decades of the 19th century.

Eleanor Nut McCain is identified by a piece of cloth sewn onto the coverlet as its original maker. Genealogical information provided by her family tells us that she was born on May 2, 1818, in Mecklenburg County, North Carolina, and died on July 25, 1899, in Gadsden, Alabama. The descendants who inherited this coverlet remained in Etowah County, Alabama (the location of Gadsden), until the second half of the 20th century.

It is unknown if Eleanor’s descendants are correct about her being the weaver of this coverlet, as most coverlets were made by professional male weavers who traveled from town to town, taking commissions from individual families. It could be that Eleanor merely commissioned the coverlet, and her descendants, upon inheriting “Grandma Eleanor’s handwoven coverlet,” assumed that she was the one who wove it. Several factors, however, speak strongly in the favor of Eleanor being the weaver. The simple geometric style of the coverlet tells us that it was woven on a four-harness loom, without the fashionable Jacquard attachment that was invented in 1820, as opposed to the kind of loom owned by a professional weaver. We also know that many southern women took up spinning and weaving during the days of the Civil War, as the blockades limited the amount of new fabric that could be imported. Homespun became a patriotic statement.

It would make sense if Eleanor McCain wove this coverlet at that time, as she would have likely been unable to purchase a new coverlet in the bellum atmosphere of scarcity. The colors of the coverlet are also the colors of the Confederate flag, which raises the possibility of the coverlet being made as an explicitly patriotic gesture. Dale Couch, the museum’s curator of decorative arts, points out that it could have expressed either Confederate sympathies or covert Union sympathies. Support for the Confederate cause was not universal, and some counties, Couch says, tried to secede from Alabama (as Jones County attempted in Mississippi).

It would only be natural for her children and grandchildren to treasure, pass down, and publicly exhibit this coverlet, which in their time was unfashionable, if their grandmother made it as a gesture of self-sufficiency and patriotism.
Posted by Unknown at 1:54 PM No comments: